Innovation Management to Future-Proof Your Enterprise

Innovation is now a top priority for the majority of business leaders. However, deciding which approach will deliver the best ROI is not always easy. Using an innovation management solution can take the guess work out of this process. It can enable you to leverage the “wisdom of crowds” in order to identify, develop, and implement the most valuable ideas for your organization.

Innovation management is the systematic process of organizing innovative practices throughout your enterprise. When leveraged effectively (particularly via the use of innovation management software), it can give rise to a creative culture where breakthrough ideas are generated on a continuing basis. It can also ensure complex, large-scale innovation objectives are broken down into manageable goals that various participant groups can focus on.

Innovation Management and its Key Challenges

Achieve Your Strategic Business Goals
with an Innovation Management Solution

Brainstorm to discover new markets, technologies, products, or services which can facilitate change management at your company.

Leverage the Power of an Open Innovation Ecosystem

Invite customers, business partners, academics, and other external stakeholders to contribute to your open innovation ecosystem and allow them to take part in co-creation projects.

Track, manage, and execute corporate scouting initiatives to meet your joint venture or M&A requirements, and secure new technologies that will enhance your innovation efforts.

Journey with us as we explore the fascinating origins of innovation management, as well as the great thinkers who have helped shape its evolution. We’ll also outline some of the powerful methodologies you can adopt to help ensure your innovation management solution yields growth-driving results. Enjoy the ride!

The History of Innovation Management

Creative Destruction: The Revolutionary Origins of the Idea Management Solution

The seeds of innovation management as a practice were sown by acclaimed Austrian economist Joseph Schumpeter. During the 1930s, Schumpeter coined the term ‘creative destruction’ to refer to industrial forces revolutionizing economic structures from within (a concept that would later inform the idea of ‘disruptive innovation’).

During the 1960s, business researchers began to build upon Schumpeter’s theories when analyzing the innovative behaviours of corporations. It was quickly discovered that companies within traditional and stable industries had a much more relaxed view towards innovation than those in relatively new industries (electronics, car manufacturing, etc). During this period, innovation was also mainly confined to the R&D departments of large-scale companies. The fact that only major companies could afford to sustain R&D departments dedicated to innovation also created barriers for competitive entry among smaller businesses.

This trend was blown wide open during the 1990s, with the emergence of the internet bringing with it revolutionary online opportunities for innovation management. Firms could now reach out to vast audiences and gain their feedback with unprecedented ease. The fact that software could now be scaled at a much higher speed than traditional industries also meant that innovative startups could gain a competitive edge. To withstand disruption, and keep to the pace of the digital revolution, traditional companies increasingly invested in digital ways to capture creative ideas and streamline internal innovation processes. Companies that failed to appreciate the fruits of digital innovation (such as Sears and Xerox) met with disaster, losing billions of dollars in revenue.

Ideating Against Disruption: Why an Innovation Management Solution is Integral

Today, the maxim ‘innovate or die’ rings truer than ever on the corporate landscape. The ‘creative destruction’ prophesied by Schumpeter continues to manifest itself within companies who are self-disrupting in order to meet new challenges and consumer demands. As a result, the innovation management solution market – comprised of companies offering tools and services to assist companies reach their innovation potential – has grown exponentially. Market Future Research forecasts that by 2023, the innovation management market will be worth approximately 1,700 Million USD globally. This is testament to the increasing importance of using innovation management software.

With new technologies and business opportunities emerging at breakneck speed, the evolution of innovation management looks set to become increasingly dynamic in the decades to come.

Check It Out Now!
See how the Qmarkets platform
can help you streamline innovation on a
companywide basis and amplify your ROI!

There are a variety of ways that companies can manage and upscale innovation on a company-wide basis. In general, however, most of these approaches fall into two broad categories – incremental and disruptive:

This approach involves making consistent improvements to an existing product or service over time. It could involve reducing costs, adding new features, as well as implementing ways to make the product or service more accessible to customers. Incremental innovation can be most readily seen in software updates, where new versions offer features that build upon the old as a result of consumer demands.

Disruptive innovations are those that involve making bolder changes that carry more risk but also the possibility of more lucrative returns. Due to the high risks involved, larger-scale enterprises often neglect disruptive innovation – leaving themselves vulnerable to smaller startups who are able to specialize in disruptive features. Despite the higher level of uncertainty associated with disruptive innovation, it is sometimes necessary in order to secure the long-term viability of a company. A great example of self-disrupting innovation in action can be seen in Philip Morris International – one of the world’s largest cigarette producers that is investing heavily in innovation to create a smoke-free future for the company.

The importance of one of these categories will likely supersede the other, depending on the nature of your industry. However, it’s important to give due consideration to each to optimize innovation management efforts at all levels of your company. It should be noted that a sophisticated innovation management solution – such as that offered by Qmarkets – can facilitate each of these approaches.

The primary innovation approaches include:


Contact Qmarkets to consult with our experts and
discover how your enterprise can benefit from our advanced innovation management software. 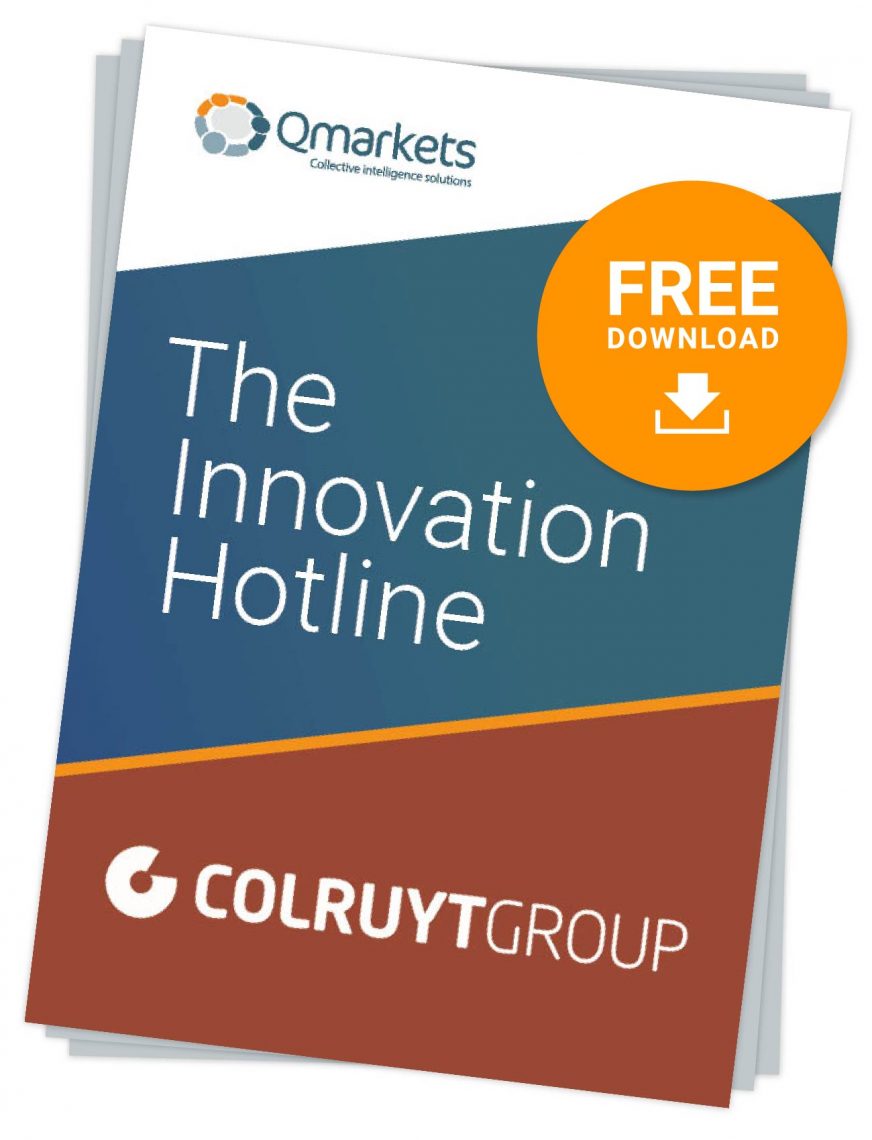 Get Your Free Copy of the Winter 2020 G2 Idea Management Report!