Think Your Company’s Pursuit of Innovation has Run its Course? Think Again…

For several years now, the pursuit of innovation has been established as one of the top priorities for senior leaders at large organizations. Don’t believe me? Take a look at these research reports from PwC, Deloitte, Forrester, and Gartner.  However, while many corporate leaders are eager to enter the race to innovate, the majority of them give up before they reach the finish line. The reason for this? There is no finish line.

If there’s anything we’ve learned from the last 10 years of technological advancements, it’s that humanity’s potential for enhancement, modification, deviation, and then reinvention, is categorically unfathomable. The problem is that overcoming barriers to change and innovation can be hard, especially when you can’t see the finish line. But it’s this mindset which must change in order for companies to maintain a competitive edge and fight disruption. Innovation is not a race, and nor is it a marathon – it is a function of life which should be seen as essential as respiration. 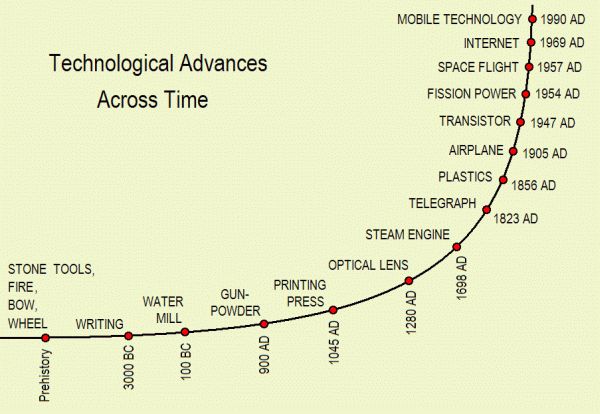 As history has gone by, innovation has grown exponentially

The Psychology of Stagnation

In 1899, when the commissioner of the US patent office, Charles H. Duell proclaimed that “Everything which can be invented has been invented”, it’s unlikely that he expected his words would be dug up over 100 years later as proof to the contrary.

But we shouldn’t judge poor Charles too harshly, after all, we are all guilty of similar cognitive bias on a daily basis. This report from Sandroni & Squintani (2004) summarizes decades-worth of psychological research which confirms our innate predisposition towards overconfidence.

The consequences of overconfidence can be devastating on a personal level, from overestimating one’s driving ability and getting into a fatal accident, to overestimating one’s work ability and failing to secure a dream-promotion. But the consequences of overconfidence in business can be just as dangerous, so it is crucial for leaders to counter this with an opposing force – skepticism.

Of course, the terminology here is not clean-cut – overconfidence can sometimes be a good thing, if it encourages someone to persevere against the odds to achieve their dreams, and skepticism can sometimes be bad, if it discourages someone from following their dreams to begin with. But employing skepticism when confronted with uneconomical practices, underwhelming results, or overconfidence, is the one of most crucial keys to unlocking valuable innovations.

Where would we be without innovation? 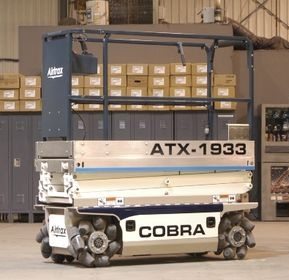 Another re-invention of the wheel

As mentioned at the start of this blog, many companies give up on their innovation initiative before realizing even a fraction of the potential which it has to offer. Most of the time this happens when there’s an inadequate infrastructure to support the project, sometimes it’s a lack of budget and resources, but most concerning of all, there are many examples of companies feeling the same way that Charles H. Duell did 118 years ago – as though they are out of ideas.

Imagine the world we would live in today if this mindset had prevailed amongst the great inventors and innovators we’ve seen over the last century. Literally 99% of the products we all use, from bottled water to aviation, from microwave ovens to social networks, would not be here today. This alone should be proof that we can never afford to think we’ve ran out of ideas, but if that doesn’t do it, then maybe this example will…

Our species’ adeptness when it comes to overcoming barriers to change and innovation can be traced back over the millennia. Let’s go back 5500 years ago to the ancient civilization of Mesopotamia. One of humanity’s most crucial and reliable inventions can be traced back to this time and place – the wheel. Remarkably, the wheel hasn’t changed much in the time since then. Of course, we’ve developed new materials and designs, but the mechanical structure has remained the same – until now.

A start-up called Softwheel, headed by CEO Daniel Barel, has made a breakthrough in wheel suspension for the first time in 200 years.  Not realizing that this is something which has been attempted over the years without success, Barel and his team went ahead, because “We don’t believe in impossible“, explained the CEO.

What they created is a wheel with three uniquely designed spokes connected to a hub in the middle. The wheel on the outside remains rigid, however the hub and spokes on the inside have the ability to move within the wheel when necessary. This gives the wheel the ability to absorb any impact that it might encounter. What this means for a wheelchair user is that the wheel feels the impact of the bumps in the road, but the rider does not.

However, the impact of this revolutionary design does not begin and end with wheelchairs. Barel explains that his vision is to take this wheel as far as possible, with his sights already set on the automotive business. SoftWheel wheels on cars would mean saying goodbye to flat tires, which is always a happy thought. But in addition, it would also result in cars which are 20% more energy efficient and easier to maneuver – saving drivers an incalculable amount in petrol costs.

The team of innovators at SoftWheel really prove how important it is to suspend your belief in “the impossible”, as much as you possibly can.  Showing that there is no way of knowing what you might be able to achieve, if you leave no rock unturned in your pursuit of innovation and excellence. When it comes to business innovation, it’s important to create a culture which facilitates this outlook – encourage your employees to question everything and you will see unquestionable benefit.

Speak to a member of the Qmarkets team today and discover how we can help you when it comes to overcoming barriers to change and innovation at your enterprise.