While taxi companies have come a long way over the years in improving service to their customers, nothing could compare to the radical change engendered by the introduction of Uber, a company which drastically changed the taxi industry almost overnight and captured a large market share. Is this model of disruptive innovation an innovation model which more companies should be striving to adopt?

Innovation specialists generally divide innovation scope into two broad categories: Incremental and Disruptive. An incremental innovation examples focuses on cost or feature improvements in existing products or services. A disruptive innovation example is one that creates a dramatic change that transforms existing markets or industries, or even creates new ones, by introducing groundbreaking new products.

Should a company put an emphasis on trying to generate one ‘magical’ idea which will revolutionize the business and generate millions in new revenue streams? Or should they prioritize cost savings and incremental innovations which will be much more likely to bring in smaller profits? Both methods have their benefits and drawbacks. Which one is right for your company depends a lot on its specific circumstances. Here we will take a look at both methods.

Walking on the Safe Side – Incremental Innovation

Incremental innovation focuses on continually making existing products or services more competitive by focusing on reducing costs and improving or adding features. Thanks to its low level of uncertainty and risk it is by far the most popular form of innovation. It’s hard to go wrong with incremental innovation.

One of the best incremental innovation examples is Google’s Gmail, the world’s most popular email service. When first launched, Gmail had few features, but did one thing very well. It delivered emails quickly, without lots of confusing ads. As time passed, Google introduced many additional features and improved its service, making it faster and better. Since then, the company has successfully emulated this method numerous times with their other products, from Google Maps to the Chrome internet browser. Google rushes to get a simple product to market in order to quickly stake out market share in emerging industries, then gradually improves their offering, making it the best in the field.

But there are still dangers with incremental innovation – especially if this is your only method. Take the business failure case study of Kodak, for example. Kodak led the photography industry for years with incremental, yet steady improvements to traditional film. When the disruptive innovation of digital imaging was introduced, it revolutionized the way people captured, stored and used images – making Kodak obsolete. Had the company been willing to invest time and effort in more disruptive innovations, perhaps it would have remained an industry contender.

All or Nothing – Disruptive Innovation

Since it’s generally a complex, lengthy process, with big ups and downs, the criteria used to evaluate a radical idea should not be the same as those applied to incremental innovations. Whereas incremental innovation examples often have a formal, phase-gate development model, disruptive innovation usually requires an informal, flexible model, especially in the early stages, due to the many uncertainties. Viewing ideas associated with high uncertainty from the perspective of mainstream business and traditional trajectories either gives a false sense of security or leads to prematurely rejecting good ideas. You can switch to a more formal model in the later stages, after these uncertainties have been minimized.

Whether you choose disruptive or incremental innovation will depend on many factors – for example, the industry you are operating in. The rate of technological change differs greatly between one industry and another. Some sectors are characterized by rapid change and disruptive innovations, others by smaller, incremental ones. But generally

speaking, there is no need to put all your eggs in one basket. At the end of the day, it’s best to find a balance between the two approaches. Combine the introduction of the occasional revolutionary product with many small incremental improvements in existing products. By having a comprehensive view of your initiatives over time, you can avoid either overwhelming or underwhelming the marketplace.

Want to find out how
you can get more results
from incremental innovation
and process excellence strategies?

Adopting the Right Innovation Technology to Support your Innovation Framework

Qmarkets’ Idea Management platform is configured to tackle Business Process Improvement. It also provides a framework for analyzing how to be innovative in a way that yields results and ROI while accommodating a set business model. It can generate new policies and procedures, helping to ensure that your business operations deliver optimal results at a minimal cost, meeting the market’s needs and expectations. With this platform, Qmarkets enables you design a tailored made process for both incremental and disruptive innovation, optimizing their effectiveness. When designed and implemented effectively, business process improvement, can deliver significant benefits to any organization, including: With the process in place, the Qmarkets idea management software will enable you to gather innovative  (incremental or radical) ideas from specific teams in the organization or from all employees. You may also involve in the process other stakeholders across the value chain, such as partners, suppliers or third party consultants. To discover how Qmarkets’ can help you drive more value from both disruptive and incremental innovation, contact us to organize a free demo today!
Read Prev
Read Next 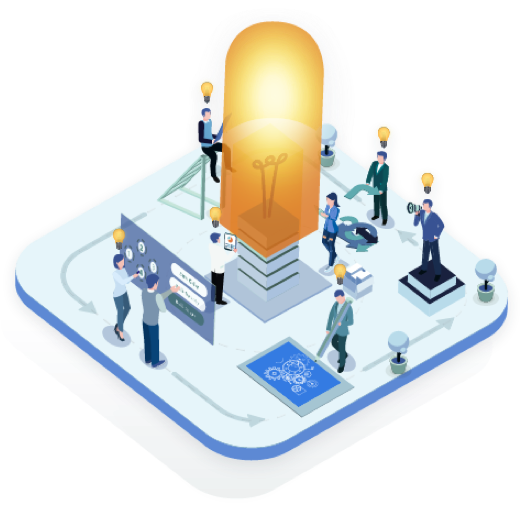 Want to Take Continuous Improvement To the next level?