Managing Change and Innovation: The Past, Present, and Future of 180° Business Transformations

With so much disruptive innovation happening so fast, it has become less and less rare for companies to be formed around a service or product that defines them for their lifetime. In almost every industry, the possibility of pivoting or even shifting the entire business model has become more real and mainstream. As increased consumer awareness transforms markets and government policy, and as technology creates so many unexpected shortcuts, I believe that this trend of managing change and innovation as a priority will continue.

Tapping into companies’ collective reservoir of relevant experiences can be invaluable for managing change and Innovation effectively. This article presents a brief historical and current panorama of just how business leaders have strived to keep up with the changing times and landscapes – some successfully and some not – and how success can be achieved and failure minimized in our own extremely faced-paced era.

Companies always had to work hard to improve, but they seldom had to transform their core product – a fact that changed with the times and the sophistication of consumer tastes and preferences. 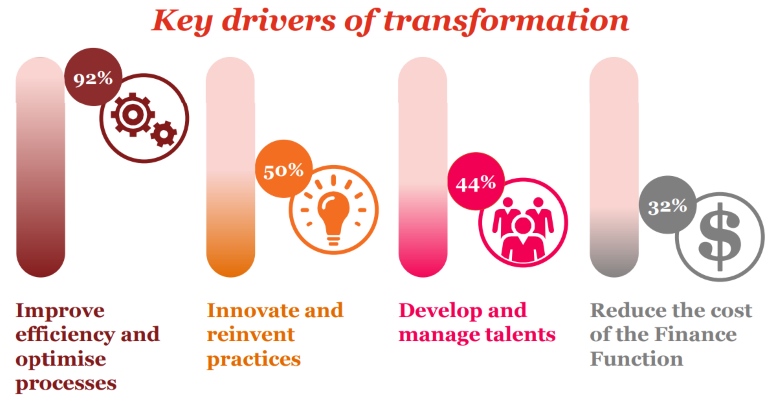 50% of CFO’s believe reinvention is a driving force of transformation. Source: PWC

One of my favorite examples is that of Tiffany & Co., known for their renowned jewelry and keepsakes. But Tiffany & Co. started out as Tiffany, Young & Ellis – an upscale stationery emporium, selling luxury writing tools, envelopes, and cards in New York City. Eleven years into business, the French Monarchy fell and the company purchased jewels from fleeing aristocrats, including a jeweled corset believed to have been worn by Marie Antoinette. Seizing the grand opportunity was Charles Tiffany, who bought the shares of Young and Ellis, and shifted the merchandise towards jewelry. Thus, began the distinguished history of Tiffany & Co.

Another example I like to present is Nintendo, originally a purveyor of handmade playing cards, attempted to enter a number of new markets due to the fact that consumer interest in playing cards had decreased substantially. They tried their luck in taxi services, a TV network, a tiny vacuum cleaner for a play toy, and “love hotels” – we’ll leave this one to the reader’s imagination. Only after introducing electronic games and consoles did the Nintendo brand gain popularity again.

Why did Tiffany & Co. succeed so smoothly and Nintendo not? Because Tiffany & Co. had a chance to gauge the American consumer’s interest in high-end gems before they entered the market. The jewels Tiffany & Co. brought from France were “beta versions” and the buyers were “early adopters.” The company had a chance to communicate with their prospective market in an efficient way, which led to tremendous success.

As the interconnectedness between health, environment, and sustainability has become clearer and clearer to consumers and governments, we see more companies making 180-degree product changes – and sometimes even fighting against the version they were selling before.

An example of this is Volvo and Jaguar Land Rover who both committed to stop selling cars that are powered by internal combustion engines only, by 2020. The new cars will be hybrid or fully electric – a decision which has as much to do with European regulations as consumer demand. Already in Norway, nearly a third of new cars sold are electric – showing an urgent need on the car manufacturers’ part to catch up with consumer realities. 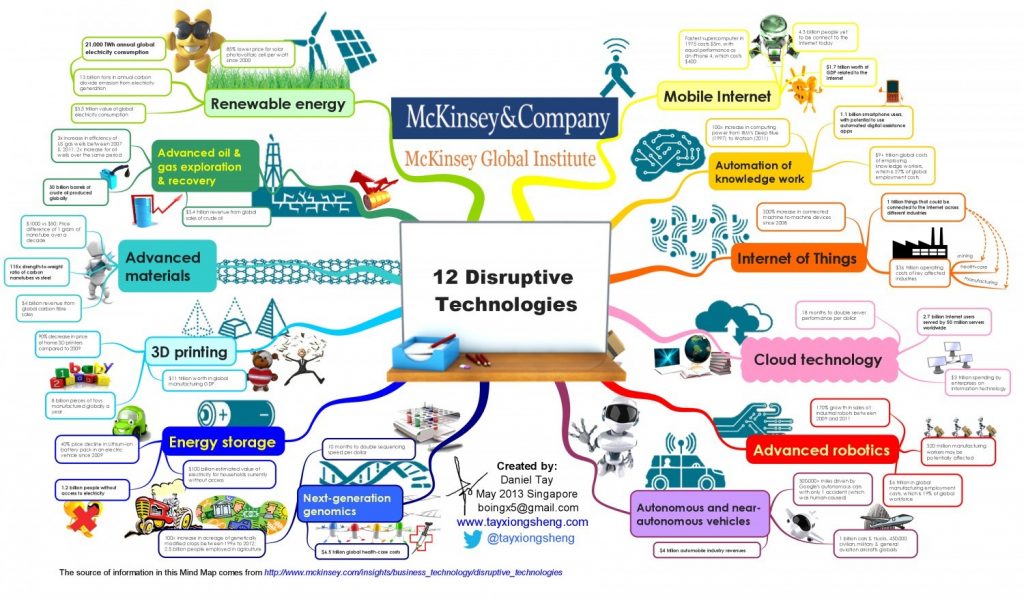 Conversely, there is Nokia, which successfully recreated itself several times, but missed out on the important change, with disastrous results. Nokia was founded in 1865 as a pulp mill, shifting to electricity generation and then to rubber and cable . It wasn’t until the 1970s that the company transitioned into networking and radio, helping develop the GSM, 3G and LTE mobile standards. In 1987 Nokia released their first mobile phone, and in 1998 overtook Motorola to become the world’s top mobile phone seller.

This all came to a halt when Nokia chose to continue investing in Symbian, its in-house mobile OS, instead of transitioning to Android. Rising competition from Apple and Google caught Nokia out of position and led to near-bankruptcy in 2012. Today, Nokia has returned to the world of networking, and another company, HMD Global, has licensed the Nokia brand name under which to release new phones.

What we see in all of the above examples, and the point which I have repeatedly stressed before many of the companies I’ve worked with, is that knowing when to stay the course versus changing direction is a critical decision for any business, and can lead to staying relevant or closing shop altogether.

The Future of Innovation is Now

In the past and today, discovering the next big idea has required keeping the pulse of the commercial environment – including the product or service markets, consumers, governments, and even NGOs. In today’s highly disruptive, always-connected world, online innovation communities can be a most powerful force for change, propelling companies in directions their executives might not have thought of otherwise.

We believe that any executive who wants to pull their organization in new directions must look inward as well as outward – a feat that can be achieved more easily with an idea and innovation management platform. It can empower your company to discover what consumers want, and facilitate collaboration with different groups, such as your employers, outside start-ups or academia, to be on top of emerging trend management.

Philip Morris International (PMI) – the world’s leading  tobacco company – is a great example of an enterprise that has successfully utilized innovation management to pursue a radically new business direction. In what amounts to one of the most revolutionary “self-disruption” strategies in modern business history, PMI is investing billions of dollars in R&D to create a smoke-free future for the company. PMI has made major strides towards cornering the market for healthier cigarette alternatives, having already filed more than 3,400 patents for new products.

So where does managing change and innovation come into play in PMI’s colossal 180-degree business shift? To help generate new ideas for smoke-free products, PMI has implemented a robust and flexible system in order to run a wide-ranging crowdsourcing initiative. This initiative has already successfully engaged more than 65,000 PMI employees worldwide, and given them a means to contribute, and collaborate on, suggestions to help support the company’s bold new trajectory.

All of these above uses were facilitated by the use of an idea and innovation management platform, such as the platform offered by Qmarkets. From small business pivots to changing your entire business model, a custom innovation platform can help evolving business  operations get organized, streamlined, equipped with powerful custom functions, and responsive, in more ways than one.

If you’re interested in managing change and innovation at your enterprise to achieve growth-driving results, don’t hesitate to get in touch with us today!

Steve has been helping companies with innovation for the last 20 years. He began by working in Lean Manufacturing/JIT( Just in time) Kaizen group within the Boeing Company. Following that Steve was then involved for over 10 years at Verizon Enterprise Solutions, working with State and Federal Government Agencies. Steve helped them create wireless solutions for real time monitoring of seismic activity, sensor monitoring along Homeland Borders, and overall product and process improvement. Finally, Steve co-founded of Senworth Body Cameras, a startup which created holster activated sensors and wireless streaming to help law enforcement, including dozens of unique patents.

Since joining Qmarkets at the start of 2017, Steve leads our North American team, helping companies like Cigna, the Federal Reserve Bank, the Orlando Magic basketball team, and many others become Innovation Leaders in their industries as they implement Qmarkets Idea & Innovation Management Software in their innovation management, process improvement and performance excellence programs.