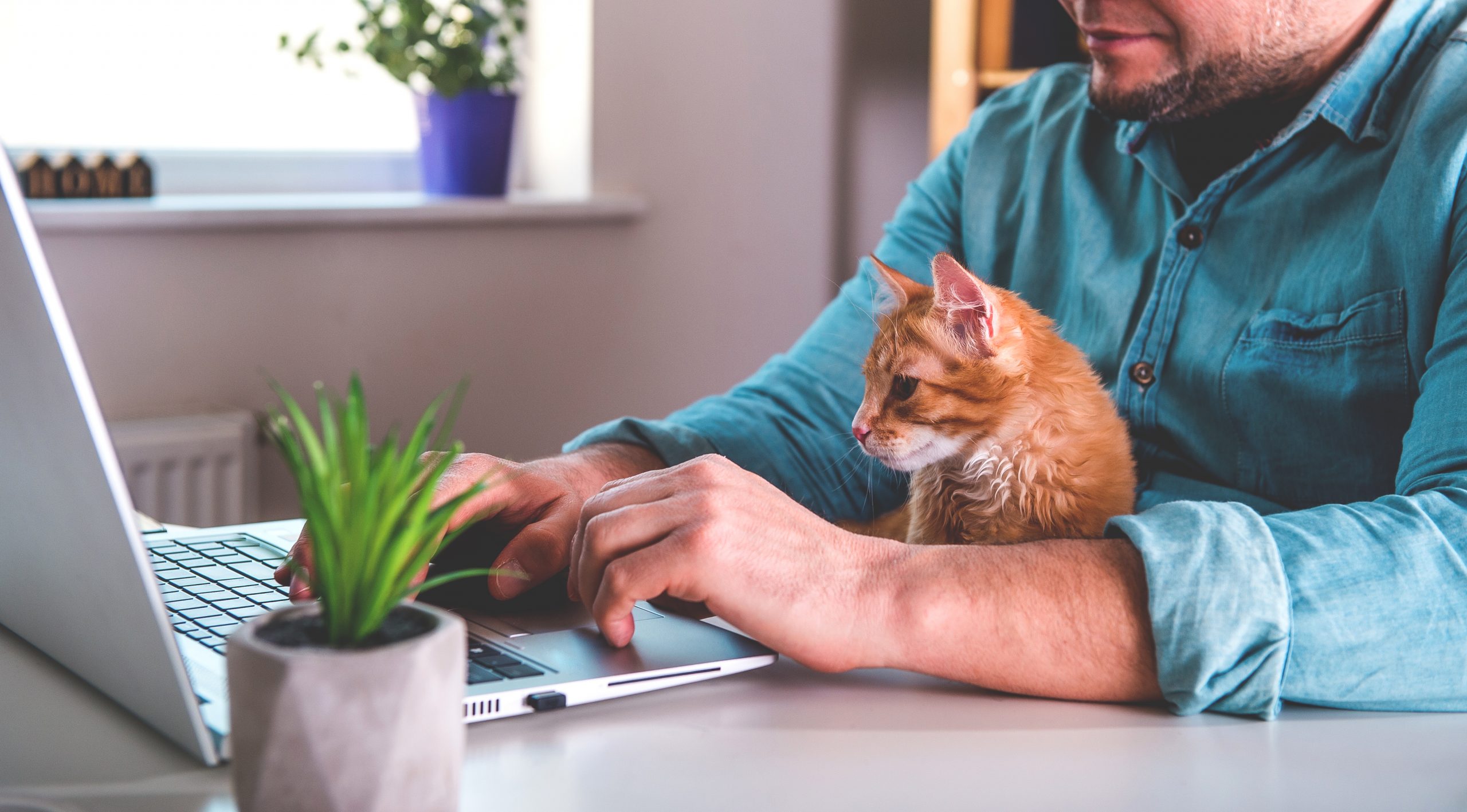 The unprecedented shock caused by the COVID-19 pandemic has forced many organizations to change ways they do business. Almost every business operation has been affected: from the manner firms talk to their customers to the logistics of product delivery to maintaining channels of communication between employees.

Corporate innovation will not be spared the troubles of adjusting to the “new normal.”

One danger corporate innovation teams may be already facing is quite trivial: reduced R&D/innovation budgets, a measure that myopic managers routinely resort to in times of economic hardship. Another danger might not be as evident yet, could turn to be much more damaging long-term: the sharp increase in remote work.

Initial reports painted quite a rosy picture of the remote work experiment. According to data presented by Upwork back in April, more than half of the American workforce were working from home, with almost 60% of managers saying that “the shift to remote work has gone better than expected.” Some big tech companies went as far as to allow willing employees to work from home either permanently or for a foreseeable future.

But voices of caution and concern are getting louder, too. To begin with, not every job, however “digitized,” can be done from home. Adding to that, remote work dramatically reduces the level of interaction between employees. As a result, personal relationships suffer, internal networks shrink, and the whole organization becomes less interconnected. Experts warn that less connected networks reduce employees’ sense of their commitment to one another and to the organization. They also suggest  that extended online communication may foster more self-serving behavior, and even dishonesty. Besides, less information is known to be shared in online communication, increasing the likelihood of poor decision-making.

It’s highly unlikely that the hastily written Upwork report was capable – or even attempting – to consider the long-term effects of massive and prolonged remote work on organizational performance and wellbeing.

The Power of Serendipity

And then, there is a feature of innovation that sets it aside from some other corporate activities: its unique dependence on face-to-face interaction.

Remember Marissa Mayer, who, shortly after becoming the CEO of Yahoo, banned Yahoo’s employees from working from home? Amid the storm of condemnation that followed Mayer’s move, an important line in the memo announcing the ban has been completely overlooked:

“Some of the best decisions and insights come from hallway and cafeteria discussions, meeting new people, and impromptu team meetings.”

As a former Googler, Mayer knew that innovation requires collaboration, and both thrive on serendipity.

The role that serendipity – generally understood as the process of making an important discovery while looking for something else – plays in innovation is complex, nuanced, and obviously lies outside the scope of this article.

Yet, it’s important to remember that the so-called serendipitous encounters, unplanned interactions between employees working in close proximity to each other, represent one of the driving forces of innovation. They are believed to play a central role in the development of new collaborative partnerships that are crucial for sustained corporate innovation process.

With so many employees working remotely – and the remote work itself becoming a permanent fixture, not a temporary fix – how can  the occurrence of serendipitous encounters be preserved? How can you occasionally “bump” into someone in a hallway when all your meetings are scheduled in advance on Zoom?

Technology, of course, can help. Two promising approaches could be considered:

1. Creating a virtual reality office which employees could visit via realistic, high-quality avatars. Spatial, a NYC-based startup, allows its clients to share a virtual room using just a web link so that users can “drop in” with just a web browser and even without a special headset.

Besides, as organizations  begin to return to the office space and adopt “hybrid’ approaches of mixing in-office and remote work arrangements, some face-to-face communications will gradually resume easing the pain of extreme isolation.

In addition, firms should not neglect a time-tested approach that by its very nature is designed to let large groups of people innovate together without facing each other – crowdsourcing.

Crowdsourcing is a process of assigning internal jobs to external crowds of people in the form of an open call. Over the past 10-15 years, numerous organizations – including corporations, governmental agencies, and nonprofits – have adopted crowdsourcing as an open innovation tool to help them address their most pressing technical and business challenges.

By the virtue of using online platforms, crowdsourcing lets organizations bring together large groups of remotely working people around a single innovation project. Not only does this minimize costs – and in times of pandemics, complications – of in-person interactions; outsourcing the problem-solving process to a diverse crowd of external solvers, often results in highly original, often completely unorthodox, solutions.

In times of uncertainty, crowdsourcing should become an indispensable ideation tool allowing organizations to define the contours of their “new normal.” Two major crowdsourcing approaches can be used depending on specific objectives:

Internal crowdsourcing, an approach engaging the “internal crowd” of the organization’s own employees (and, perhaps, a close circle of academic and business partners, suppliers, lead users, etc.). This approach has been proven effective in finding new ways of optimizing operations and cutting costs. Many firms can also benefit from internal crowdsourcing to perfect their remote work processes. These benefits of crowdsourcing may be especially in demand today that the organizations cut their commitments to innovation and focus instead on short-term issues related to their core business.

External crowdsourcing, the more traditional form of crowdsourcing is still an excellent tool to facilitate new product development. In addition, crowdsourcing can be used to spot the so-called weak signals, early signs of shifting customer demand and newly emerging consumer needs. Later, these weak signals can serve as input to scenario planning, a disciplined process of discovering new opportunities and updating strategic plans.

A Final Note From Qmarkets…

Of course, the challenge of online crowdsourcing is that it will never replicate real human interaction and those ‘serendipitous moments’. But, if as discussed, working from home is to become a permanent fixture for many businesses across the globe, strategies must be put in place to rectify this.

Online crowdsourcing provides employees and external stakeholders a space to problem solve and think creatively. When this is strategically implemented within a company, this establishes a new process for innovative thinking and creates an innovative culture for your workers, wherever they may be. Online crowdsourcing platforms also allows users to collaborate and engage with one another via collaboration tools that include crowd voting, gamification, and social functions to build better ideas together.

Online crowdsourcing provides many benefits, and of course a few challenges, but as we all adapt to the ‘new normal’ wishful thinking for times when water cooler chats provided moments of innovation, must be replaced with a strategic online process to keep innovative ideas flowing – whatever situation your company finds itself in.

To find out how Qmarkets’ Innovation Crowdsourcing software can help you to ‘Access Expertise’ don’t hesitate to contact us today.