As the CEO and founder of Qmarkets I have spoken to many organisations all over the world about the potential benefits of utilizing Idea and Innovation Management. Most of the time, the people I meet are unsurprised to discover that Qmarkets is based in Israel, however every now and then I will encounter a person or business who is hesitant to work with a company that is located in the middle-east, due to perceived political/economical risks and sometimes even a cultural bias. With this in mind I decided to put together a blog which showcases 8 reasons that Israel is in fact a great place to do business, especially when it comes to innovation!

1. A Business and Technology Leader

Despite its small population of only eight million, the country is a global leader in the fields of science, technology, and innovation. Known as the “Start-Up Nation”, after the best-selling book, Israel continually places at the top of global business and technology rankings*.

Dominating so many critical competitiveness business and innovation indicators, it’s not surprising that many of the world’s most popular modern technologies were invented in Israel – innovation nation. For example: the first cellular phone was developed by Israel Motorola; the first PC microprocessor, the Intel 8088, was designed by Israel Intel’s Haifa laboratory; chat technology was invented by Israel’s Mirabilis, and even the first anti-virus software was developed here. 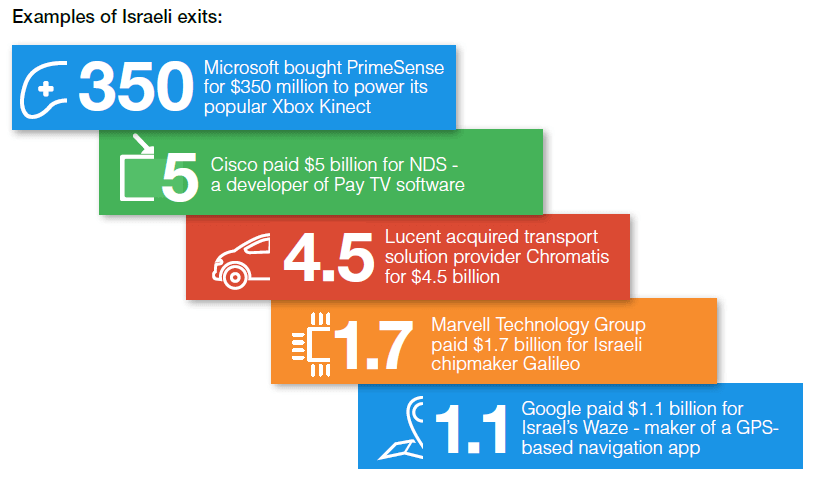 Thanks to all this inventiveness, Israeli technology is highly sought after by the world’s leading companies. According to the IVC-Meitar Exits Report, 99 Israeli high-tech companies sold for a total of $6.94 billion in 2014, up 5% from $6.59 billion in 2013 (90 exits).

The rapidly expanding number of Israeli start-ups is being stimulated by skyrocketing international investment.  Foreign direct investment (FDI) in Israel was $4.4 billion in 2009, but by 2013 it totaled $11.8 billion (Source: Israeli Central Bureau of Statistics).

Other companies have chosen to tap into Israel’s technology innovation pool more directly. Global business giants such as Apple, Google, Facebook, IBM, Motorola, Intel and Microsoft have all chosen to invest in Israel-based R&D centres. Apple for example, has invested $1.2 billion in Israel, and employs 800 Israelis.

It’s no secret that Israel is located in a volatile area of the world which has seen its share of conflict. Despite this, Israel’s economy has not just remained stable – it’s flourished. In fact, Israel’s economy has doubled in size since 1996, while the U.S. economy increased just 50%, and the EU’s just 24%. For 2016 the IMF projects 3.3% growth for Israel, among the highest for all developed nations. 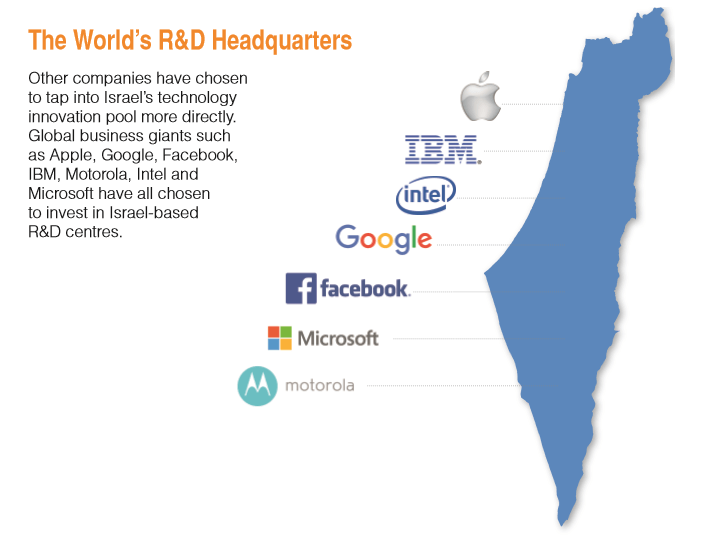 The government of Israel expends 4.38% of its GDP into R&D, the highest percentage in the world (OECD Science, Technology, and Industry Scoreboard 2013). By maintaining strong scientific and technological infrastructure and leveraging the close links between academia, industry, and government, Israel produces innovation and technology that belies its tiny size.

Israel’s creative, skilled, and ambitious workforce is another obvious reason for its success. In fact, Israel boasts one of the most highly educated, entrepreneurial, and multi-cultural workforces in the world.

Israel boasts an unusually high availability of scientists and engineers (Ranked 10th in the 2014-2015 WEF Global Competitiveness Yearbook). This leads to a very high number of patents filings. In fact, Israel is ranked 5th in the world for patent filings per capita (2014-2015 WEF GCY).

Israel has one of the most educated populations in the world.  Almost 50% of Israelis aged 25-64 have a university education, compared with the OECD average of 34% — the second-highest rate of any country. Israel also has one of the highest ratios of PhDs per capita in the world – 135 per 10,000.

Israel’s resourceful, motivated and independent workforce is particularly competitive because of its informal but effective get-down-to-business culture, exceptional ingenuity and entrepreneurial spirit. Israeli “chutzpah”, an almost untranslatable word meaning gall, audacity and guts or bold arrogance, is most often seen in the country’s risk-taking culture.

Inspired by the proven “Wisdom of Crowds” philosophy, Qmarkets is a leading provider of enterprise-level Idea and Innovation Management software. Our platforms create value for organizations by helping them generate, develop, and leverage new ideas which are submitted by employees, partners, and even customers.

As I have seen, Israel is a business, technology, and innovation leader with a flourishing economy and the foreign investment, buyouts and R&D branches to prove it. Its success in business and technology innovation is due in large part to its unique workforce and government support.

When it comes to generating new ideas, choose a company that’s not only innovative, but also situated in the word’s innovation hub – Israel. 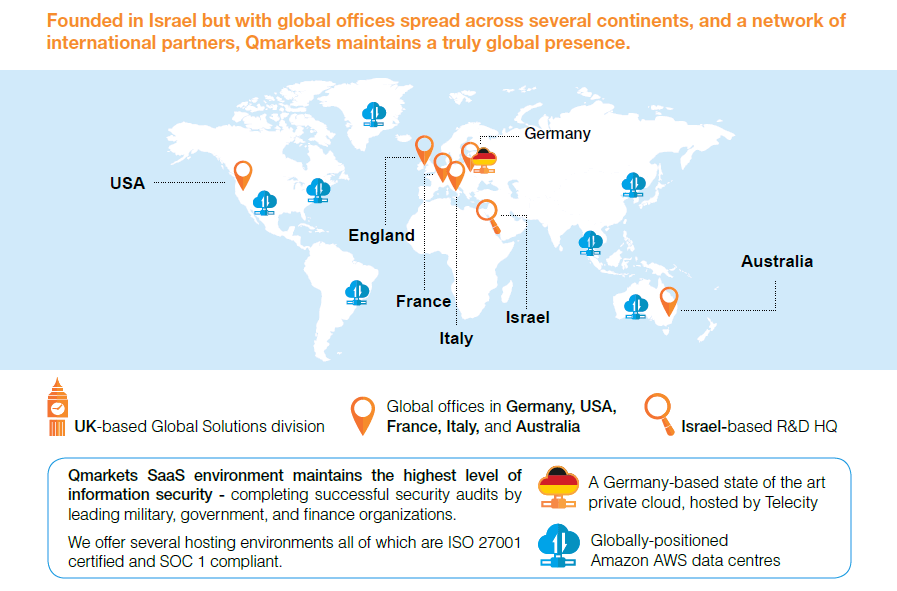 Qmarkets has extremely strong credentials when it comes to server security, having worked to meet the requirements of companies from a huge variety of industries and geographies. This is especially important when working with military, government, and finance organizations who need to maintain the highest level of data security. Qmarkets’ SaaS environement includes globally positioned Amazon AWS data centers, and a Germany-based state of the art private cloud, hosted by Telecity.

Qmarkets doesn’t just have strong roots, it also has solid branches. Over the last eight years Qmarkets has worked with a range of organizations across many geographies and industries. These include global business leaders, such as Lufthansa, Nestle, Total, Ford, Bank of America, Phillip Morris, Swarovski, and UniCredit that are all enjoying success with our solution. Founded in Israel, but with international offices spread across several continents, and a network of international partners, Qmarkets maintains a truly global presence.

With both a strong base and widespread global activity, Qmarkets is well placed to develop the most innovative, powerful, and valuable features to extend the frontiers of idea management and maximize value for your organization.  For cutting-edge innovation technology the choice today is clear – Qmarkets. 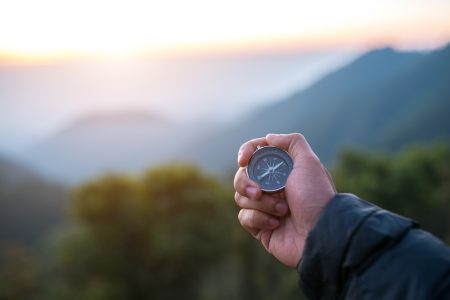