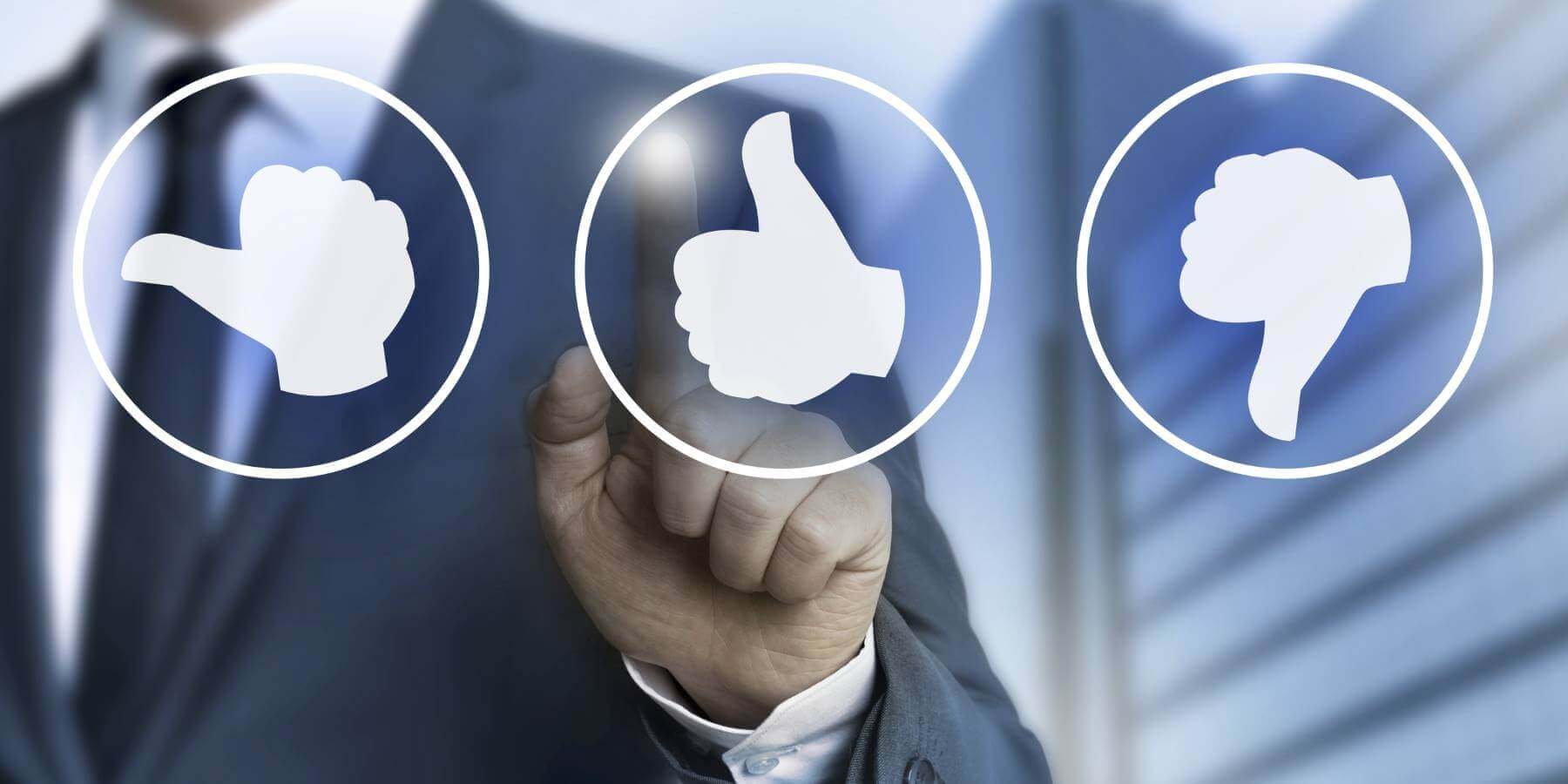 Continuing our series of posts from Qmarkets’ experts, Elio Boton,VP of R&D at Qmarkets, borrows from his experience in designing and implementing various voting methods into the Qmarkets innovation management platform to discuss voting – the importance of voting, how votes constitute an important set of idea evaluation criteria, why you need to implement voting into your Innovation Management platform, and the different voting methods you can use to obtain the most accurate results: 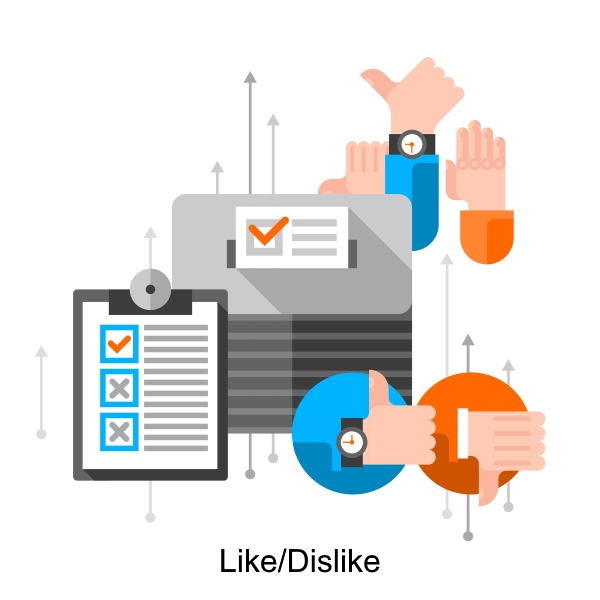 In Ancient Greece, all eligible Athenian citizens were allowed to speak and to vote in the assembly which determined Athens’ laws. Voting is used to reach decisions ranging from who to elect as leader of a country, to where your company’s weekend retreat should be. But what does it mean to vote and how does the philosophy behind voting come into play when trying to find your next great idea? These are questions we at Qmarkets were forced to address when designing our platform.

The Importance of Voting: Why You Should use Voting in your IM Platform

Fundamentally, voting is a method for reaching decisions wherein everyone’s opinion is equal, and every vote has equal standing. At its core, voting is the fairest, most evenhanded way to communally reach a decision. Because of this, a voting component should be implemented within idea evaluation criteria, as the results of voting can provide a strong indication of an idea’s viability.

We’ll now explore further reasons why incorporate voting into your innovation management process is beneficial, covering why should you let everyone vote, even people with no direct relation to the ideas being discussed? 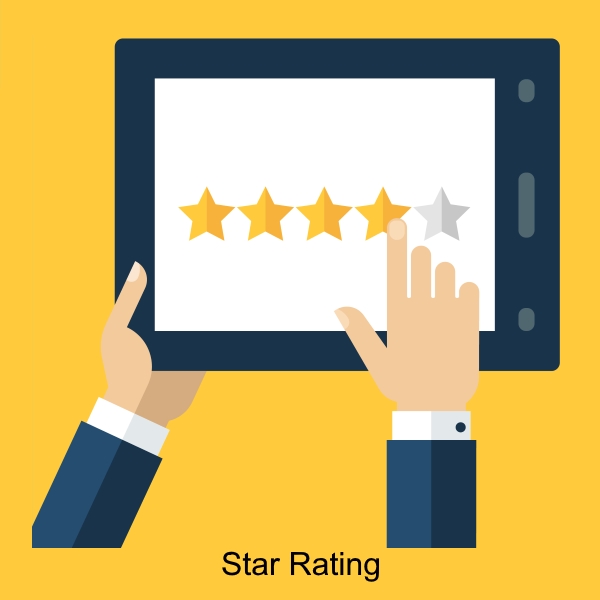 On one end of the spectrum, voting can increase your employees’ engagement and involvement in the innovation management process. Voting is opened to all your employees because those that are not directly involved in the idea being discussed can provide an outsider’s outlook on the feasibility of the idea. Your company’s next good idea could come from anywhere, from the CEO down to the lowest intern. It would be a shame to arbitrarily exclude them from the process.

On the other end, voting is an excellent evaluation source for new ideas. It doesn’t matter if you run Innovation Management or general Idea Management projects for process improvement or cost reduction purposes, or even if you practice Internal IM or external Crowdsourcing for customers’ engagement. Voting helps you get accurate answers for the questions you are asking. 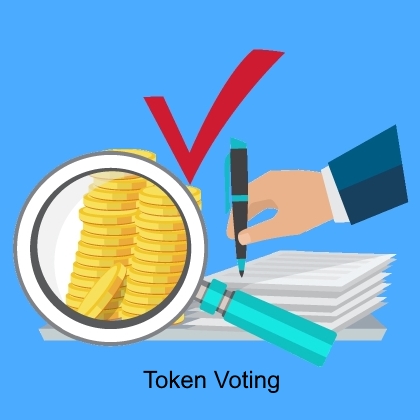 Equally as important as the voting is the voting method you choose. The standard voting methods are Thumbs Up, similar to Facebook’s “Like” button – If you like it, let us know!, and Like/Dislike, which gives a better indication than just Thumbs Up, as it can also show whether the user does not like an idea. Star Rating, the option to award an idea 1-5 stars, is similar to Like/Dislike, but allows users to better express themselves, by requiring users to grade on an empiric scale, helping the project manager grade and evaluate the results. We take Star Rating to the next level, by utilizing it for expert opinions in the more advanced stages of the idea process. Experts who are invited to take part in the process rate each idea based on several criterions  (i.e. score card), and leave detailed comments on why that grade was given.

Qmarkets offers all of the above methods, as well as our unique voting methods, Token Voting and Idea Tournament:

Token Voting can serve as unique and effective method of ensuring idea evaluation criteria are addressed. This is because it offers the evaluators a way to give weight to their votes. Users are given virtual tokens which they can then choose to invest in ideas they want to support. The advantage is that budgets are limited: tokens “invested” in one idea come at the expense of tokens for another idea. Users have to choose which idea they like best. On the engagement side, the Innovation Manager can accurately measure user engagement. Moderators can also limit the maximum number of tokens users can invest in a single idea, making sure the review team is giving their opinions on enough ideas. 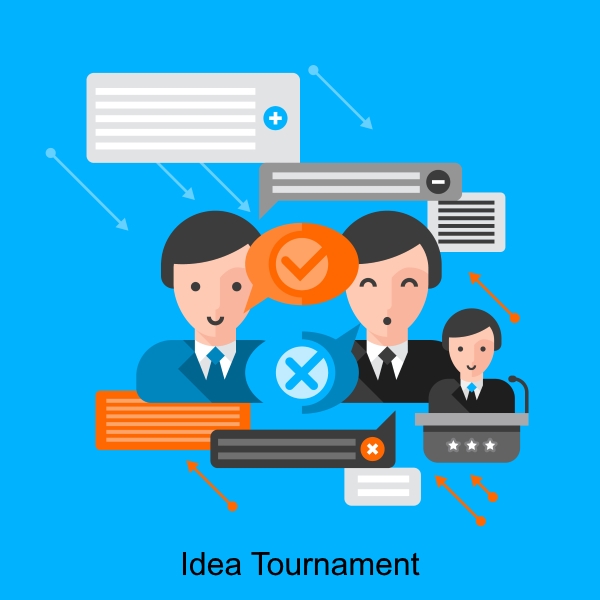 Idea Tournament is something I helped build several years ago, a head-to-head contest of competing ideas The user is randomly presented with two ideas, and he chooses the idea he feels is the better one. A dedicated mathematical algorithm calculates scores for each idea based on the tournament, not only on a win/lose ratio, but also on how many times an idea has won and against which ideas. It sounds complex, but is extremely simple, as eventually all the users see is pairs of ideas, and the end result is a final score between 0-100 per idea. The user does not choose which ideas to vote on, is merely presented with two ideas to pick from. Qmarkets’ system ensures all ideas receive similar exposure, and all ideas are given equal votes.

This method is a highly engaging and quick technique for evaluating large quantities of ideas, and holds several advantages over Star Rating and Token Voting: Two users can look at the same idea, with one user voting it 4 stars and the other voting it 5 stars, or one user investing 150 tokens and the other investing 120 tokens, when in reality both users feel the same way about the idea but provide different quantitative interpretations of their qualitative thoughts. Also, Idea Tournament allows user to focus solely on 2 ideas, without needing to split their votes over a large number of ideas. As long as there are a large number of votes from a large number of users, the better ideas will stand out, providing you with the accurate answers you need. 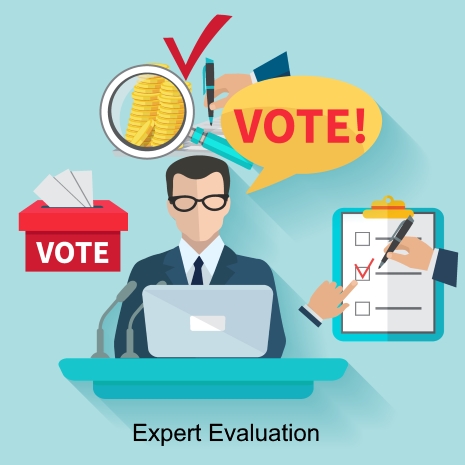 Much like elections are the medium for citizenry to participate in local and national politics, setting the national agenda for the elected officials to act upon, the same can apply at your company. The votes your employees will cast today will determine the company’s future tomorrow.  If you’re looking for a smooth, streamlined way to determine what your next big idea is going to be, you need a platform that doesn’t just give you the option to run such votes, but also provides you with the ability to go behind the scenes and understand what these votes mean. Qmarkets presents you with the metrics you need to interpret the voting results and be better informed as to the voting outcomes.

We are continuously working on improving our algorithms to provide you with the best answers you can possibly get. All that’s left if for you to come up with the questions.

To discover how Qmarkets can help you put in place the best idea evaluation criteria for your innovation project, don’t hesitate to contact us to organize a free demo today!