Using the Right Innovation Tool for the Job

Arguably, the principle of Open Innovation was utilized for the first time by Professor James Murray in 19th Century Oxford, England. In the time that has passed since then, this concept has become infinitely easier to implement thanks to the development of Innovation Management technology, however some companies are yet to wake up to its potential. Within this article, we’ll explore some open innovation case studies and what they can teach us about generating and implementing ideas efficiently.

While the term Open Innovation was coined in 2003, in a book of the same name by Henry Chesbrough, its conceptual origins are more difficult to trace. People have technically ‘crowd-sourced’ information for thousands of years, however when Professor Murray requested that volunteers submit words for a dictionary that he was compiling 150 years ago, he was potentially the first person to use this concept commercially.

Murray received millions of submissions, and it took over 50 years for him to compile them, but the resulting Oxford English Dictionary is arguably the first product that utilized the collective intelligence of external stakeholders. (Mugglestone, 2005) Now if this task were to be attempted using a contemporary Idea Management platform, it could be completed in days rather than decades.

Open Innovation is defined by Chesbrough (2006) as “the use of purposive inflows and outflows of knowledge to accelerate internal innovation, and expand the markets for external use of innovation, respectively.” However Open Innovation tools are evolving to allow external sources to contribute to every step of the product delivery chain, and this ongoing communication helps to align the final product with the specific needs of the market. (Lindegaard, 2010)

It can be argued that Innovation is innately beneficial, and that creating new products and services is essential to the evolution of society as a whole. While it is hard to depose this posit; innovation can certainly be detrimental to some of the individuals and organisations that employ it. When innovation is implemented without enough communication with those who are intended to benefit from it, the desired result is less likely to be achieved.

While Innovation is not innately positive, it is innately risky. By definition it involves change, and if your organisation is in a position of success, then there is a chance that the change will be to its detriment rather than its benefit. This gamble is often worth taking, and many organisations have figuratively hit the jackpot from such manoeuvres. However, the more communication that there is with external stakeholders, the less of a gamble such manoeuvres become. Utilizing a holistic Open Innovation tool is akin to sitting at a blackjack table with a card counting machine.

Lego, the Danish producer of construction toys, is an organisation that is well aware of the value of the open innovation challenge. In the 1990s the company came close to bankruptcy due to the rise of digital entertainment such as video games; they needed to find new ways of exciting their customers. 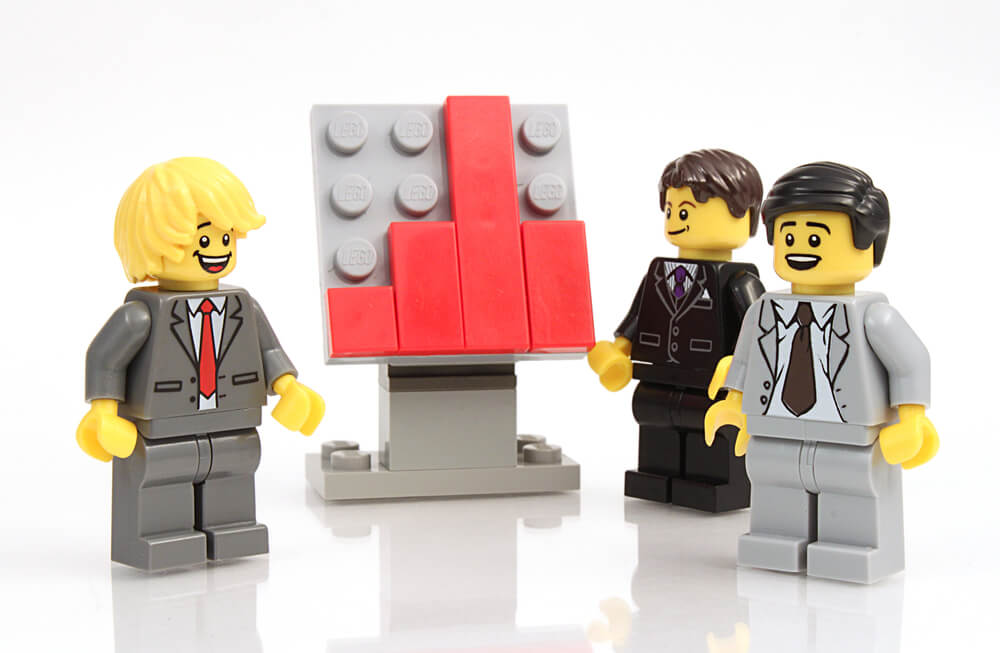 While Lego products have always fostered creativity by nature of their format, the Lego Mindstorm series that launched in 1998 took this to a new level by allowing electronic functionality to be added to constructions. This move gained the toy company a new mature audience, who proceeded to hack into the Mindstorm products and utilize them in unforeseen ways. (Nikel, 2013)

Initially Lego considered taking preventative measures, but soon they realized the potential value of these developments, and published some of the customer created content in future sets. By harnessing collective intelligence and creativity of their customers they managed to reverse their downward spiral, and reinvigorate Lego as an innovative and fun product for audiences of all ages.

Skip 20 years ahead and Lego have not forgotten how valuable external-stakeholders are to their innovation process. In 2008 they launched an Open Innovation platform called Lego Ideas which allows anyone to submit proposals for new construction sets. Proposals that receive support from 10,000 users are promoted to the next stage for review by a committee of experts. The ideas that are successful here become produced commercially and the original designer receives 1% of the total royalties. This has led to new sets based on popular franchises such as Ghostbusters, Back to the Future, and Big Bang Theory.

So when it is executed correctly there are a plethora of benefits to Open Innovation. One of the most beneficial consequences is the organic publicity that this type of platform generates, with individual proposals receiving hundreds of thousands of views, and thousands of comments from around the world. This inclusivity allows the brand to achieve an improved relationship with their existing customers, while simultaneously acquiring new pre-invigorated ones.

Lego have historically applied this principle with great success, and this is key to them maintaining a position of relative market security and organisational legitimacy. This year Lego are celebrating their 65th anniversary, which is a great achievement, however as long as they continue to involve customers in their innovation process, they will surely be celebrating again another 65 years from now.
/*

In the first quarter of 2013 the largest supplier of bagels in Europe, began selling their bestselling original bagels pre-sliced for convenience. While initially this might have looked like an innovative improvement upon a popular product, unforeseen problems arose once it became commercially available. Consumers found that the quality of the bagels was being affected by the mechanized slicing process, with many preferring to slice their own. This unforeseen issue inevitably lost the organisation customers, and in response to complaints they recently reverted to selling their product un-sliced. 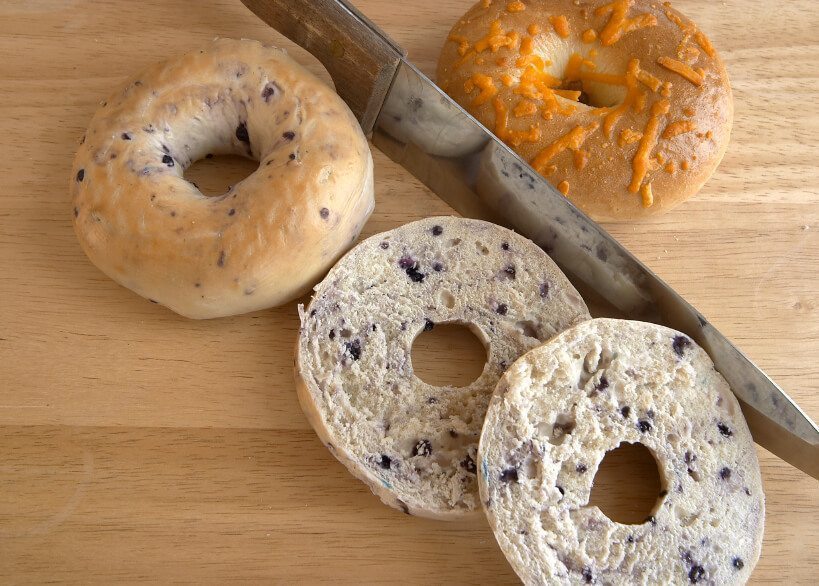 However, many customers had grown accustomed to the convenience of the pre-sliced bagels, with parents appreciating the fact that their children were not required to use a knife to prepare one for themselves. As a result there has been an outcry on social media with hundreds of comments on the official company Facebook page demanding the return of the pre-sliced product, and a petitionary group with the same stance rapidly growing in size.

While the minutiae of bagel preparation policy might seem frivolous, it is guaranteed that the PR team for this bagel company disagrees. Not only has this fiasco disillusioned two separate shares of its consumer base, the back-pedaling and lack of stakeholder communication has irrevocably tarnished their public image. If they had communicated adequately with their customers to begin with, they would have found that there was a market to support the sale of both sliced and un-sliced bagels. This is something they now plan on eventually doing, however the archaic methodology of trial and error should not have been needed to come to this conclusion.

Managing public relations and marketing can be a perilous gauntlet, and sometimes the seemingly most arbitrary molehill will grow into a mountain. There is no foolproof way of predicting the consequences of any commercial action, and it would arguably be a lot less fun if there was. However if the collective intelligence of all available external stakeholders is harvested, the resulting data will invariably allow for the plotting of a much more accurate trajectory. This can be achieved through a number of different routes in the modern idea management landscape, from forecasting to Open Innovation platforms.

Some organisations make the mistake of believing that a social media account is the only community portal that they need, but based on our experience at Qmarkets a more powerful innovation tool is required to develop a truly beneficial relationship with customers. Innovation Management software provides the intelligent evaluation tools and metrics that allow organisations to acquire a more accurate level of consumer insight than would be possible otherwise. Data such as this can prove to be invaluable in competitive vertical markets.

These open innovation case studies show how important it is for organisations to effectively incorporate customers into their innovation process within the age of communication that we currently inhabit. The public relations landscape is morphing into a scene where customers have a louder voice than ever before, and now it is up to organisations to choose whether they want to resist or embrace this change. The companies that value innovation will utilize this technology and prosper, while those that don’t will eventually be destroyed by it.

The Importance of Casting a Wide Net in Corporate Open Innovation