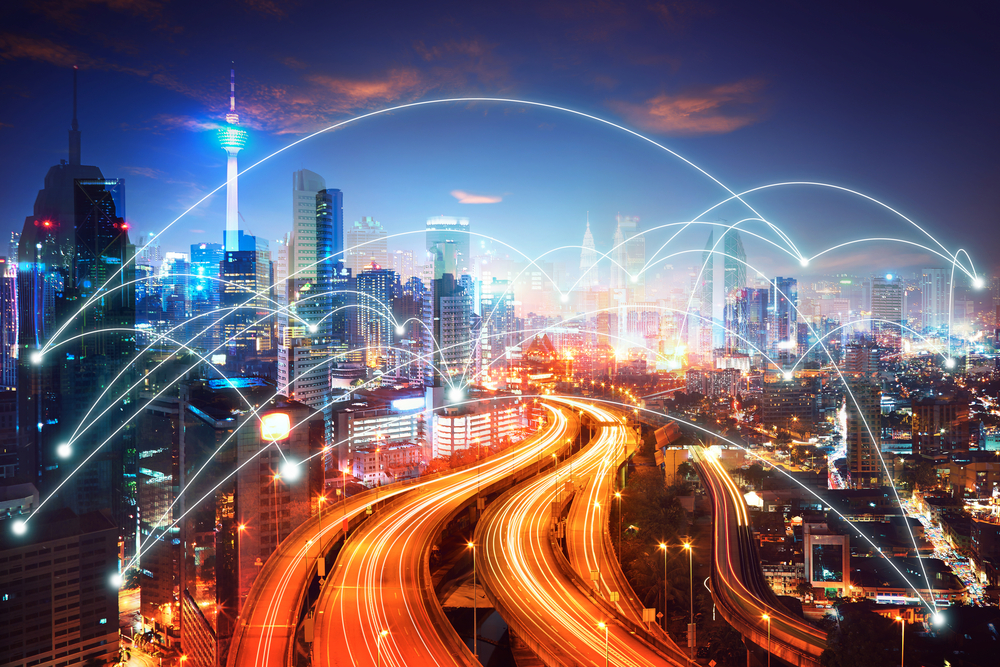 Digital Civic Engagement in the age of Covid-19, BLM, and Economic Recovery

COVID-19, the worst recession since WW2, worldwide Black Lives Matter protests on police brutality – and we’re only 7 months into 2020. This year has given communities a lot to say and governments’ plenty to address, pushing civic engagement into the front of many minds. But the window for action in a crisis is small – and in times like this, solutions need to be found quickly.

Governments are more strained than ever; according to the International Monetary Fund, the global economy will take a ‘$12tn (£9.6tn) hit from the Covid-19 pandemic’. Thus, Civic Engagement has promptly become top of the agenda for many authorities looking to gain valuable insight into communities when prioritization and management of their activities is vital due to strained budgets. Our question is, how can governments effectively employ civic engagement  in today’s digital age, to not only help us navigate this uncertain disruptive period, but also to establish a ‘new normal’ upon which to build a better future.

Why Exactly is Civic Engagement Important?

Civic Engagement is defined as ‘any individual or group activity addressing issues of public concern… to protect public values or make a change or difference in the community’. A recent study by the Westminster Foundation for Democracy says that ‘civic engagement is most successful when it is part of a holistic approach to government and democratic reform, embedded in institutions.’ Therefore, civic engagement must be an essential part of government processes, and its success results, ‘in the form of better policies, an active and engaged citizenship, and increased legitimacy’.

This graph from the OECD represents the main objectives on why countries adopt open government strategies. Respondents to the survey on Open Government Co-ordination and Citizen participation in the Policy Cycle, overwhelmingly stated that improving transparency of the public sector was their main objective.

The Problem with Civic Engagement Historically

Forms of civic engagement vary from formal and informal activities including voting, surveys, opinion polls, community activities, societies and unions, and town hall meetings etc. These activities all influence decisions and policies in one way or another, but there are severe limitations. Townhall meetings and other community-led activities raise valid discussions and solutions to areas of public concern, but whilst necessary for creating community cohesion and conversation, these meetings are not an effective way of gaining insight into a whole community.

An Untapped Well: “The Wisdom of Crowds”

For truly effective civic engagement in the digital age, the entire community needs to be heard; of course, everyone is invited to participate in politics but there are stark inequalities in participation. According to the political scientist Arend Lijphart in his article; ‘Unequal Participation in Democracy’; ‘the inequality of representation and influence are not randomly distributed but systematically biased in favor of more privileged citizens – those with higher incomes, greater wealth, and better education – and against less advantaged citizens.’ This of course means that ‘unequal participation spells unequal influence – a major dilemma for representative democracy in which the “democratic responsiveness” [of elected officials] depends on citizen participation’.

“Expanding participation to include the marginalized will positively increase an engaged citizenship.”
Arend Lijphart

There have been numerous ways of tackling voter inequality, including the implementation of voter-friendly registration rules, longer voting hours, infrequent elections, and more. But other aspects of civic engagement remain an area largely dominated by the privileged, losing out on a plethora of insight and ideas from an untapped section of a community. Expanding participation to include the marginalized will positively increase an engaged citizenship.

Why 2020 Has Made Digital Civic Engagement More Important than Ever

Lockdown may have interrupted much of life, but there has been a ‘steady increase in community spirit’, whereby communities have seen an increase in volunteering for the NHS, community hubs and local charities. Authorities must be aware of the increased insight and value this can provide. Whilst traditional offline engagement methods are not appropriate during lockdown, the likelihood that individuals will go online to share their insight increases dramatically – a valuable resource authorities are yet to truly utilize. Authorities must provide digital platforms to constituents, whereby citizens can safely participate in social innovation and the democratic process, without delay.

As with any crisis, COVID-19 has brought a wave of public scrutiny; digital platforms also allow for the prioritization of ideas and suggestions, all whilst maintaining complete transparency throughout the ideation process. Once citizens are given a voice and are shown that their ideas are being seen and actioned, public satisfaction in government can increase.

The Black Lives Matter protests against police brutality have arguably been 2020’s most significant example of civic engagement. It has been suggested that the movement has been the largest in US history; analysis suggests ‘that about 15 million to 26 million people in the United States have participated in demonstrations over the death of George Floyd and others in recent weeks’. In a study by Peter K Eisinger, he concluded that ‘protest represents a widely accepted, integral part of black politics in the city, while for whites protest is indeed unconventional’. Concerns of police brutality have dominated civic rights issues for decades but have never been satisfactorily addressed due to the demographic issues of ‘normal’ methods of civic engagement.

This video from Great Big Story shows the scale and impact that the Black Lives Matter movement has had, specifically in 2020.

According to AP News, law enforcement agencies spent $2.2 million in response to the BLM protests in Raleigh, North Carolina. On June 6th there were 550 protests across the US so we can determine the protests may have cost up to $1billion. However, protests are a necessary form of civic engagement when issues of public concern have not been addressed appropriately. Providing a platform that engages and encourages all aspects of a community to voice their concerns – and have them effectively managed, is vital not only to stretched public budgets but for community cohesion and legitimizing marginalized community concerns.

During recession economic activity is in a state of decline, indicated by factors such as large-scale unemployment and negative growth in a country’s GDP. Business contributes overwhelmingly to the state of an economy and it is it is vital that they innovate and pivot to stay afloat. In the past few months, we have seen government bail outs to damaged industries and the creation of government job retention schemes to keep the already damaged economy going. These initiatives are mostly a positive step in the right direction, but in many instances, they are not aligned with the actual urgent needs of the citizens. In order to improve this alignment and increase trust between citizens and government officials, it’s crucial to give citizens a voice. If governments can adopt this approach on a large scale – engaging all businesses and individuals with the economic challenges – the resulting innovation can provide a steady road to recovery.

Discover how you can
leverage crowdsourcing to
engage your citizens!

Civic Engagement in the Digital Age

Today many civic engagement activities are online, from community forums to social media discussions. Utilizing traditional methods of civic engagement alongside online methods can broaden public participation; younger demographics are more likely to participate, and it can attract those who cannot attend usual offline civic activities, for example those who live in rural areas and the disabled. Online adoption can be easier to encourage; citizens can participate from home, according to their own schedules, whilst not actively changing their behavior.

The introduction of digital civic engagement tools and software allows governments to incentivize users to join, evaluate their suggestions and prioritize projects, all whilst keeping users up to date with the process. With so much going on this year, communities have more to say than ever, and the onus is on governments to provide a platform for those who have not been heard, encourage participation, and increase transparency.

Here at Qmarkets, we have created a solution tailored to help cities, municipalities and public sector departments drive civic engagement in the digital age.

The open innovation platform can help to engage citizens, residents, and local businesses without the need to build a dedicated platform, which is essential when solutions are time critical.

Eureka allows you to run targeted ‘idea challenges’ against your most urgent dilemmas and leverage the collective wisdom of your citizens to help overcome your challenges.

How Does Eureka Work? 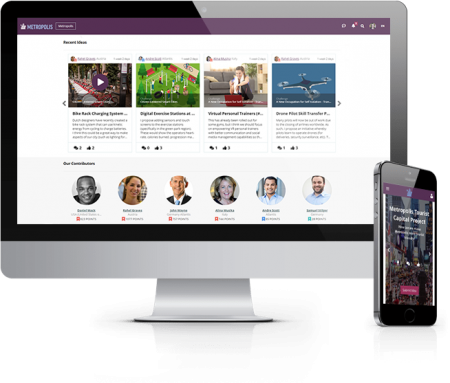 With Eureka you can launch an open idea challenge for your citizens within 48 hours, sourcing solutions quickly and efficiently. Here at Qmarkets, we understand how tough it is to implement new strategies, so we are offering the Eureka platform free of charge until the 15th August, to help cities, local governments and public sector departments combat the challenges that they currently face and source innovative solutions to your challenges.

Things Can Only Get Better…

2020 has increased challenges to governments worldwide; limited budgets and growing scrutiny have doubled the pressure to find innovative solutions to community concerns and implement policies that better meet the needs of constituents. The digital age has provided new methods of civic engagement, that alongside authentic methods can create increased citizen participation that will allow for wider insight and ideas on community challenges. Leveraging digital citizen engagement tools, such as Qmarket’s Eureka platform can help streamline the process, help manage ideas, and provide updates on government action.